The Laskett appeared on the BBC RHS Chelsea coverage, we hope you had an opportunity to see it. If not, you can catch up on BBC iPlayer.

Welcome to what, up until earlier on this century, was one of England’s most hidden and private gardens. Private it still remains but now it is shared more widely than ever before with visitors coming from all over the world to see one of the most remarkable and inspirational gardens in England.

The Laskett, set in the idyllic countryside of Herefordshire on the Welsh borders, are the creation of Sir Roy Strong CH and his late wife Julia Trevelyan Oman CBE. The gardens – created from a bare field – were begun in 1974 and have continued to evolve ever since. They are the creative fruit of a happy marriage between two people who were at the centre of the arts for much of the latter half of the twentieth century. That story is uniquely etched into the gardens evoking friendships and associations with people as diverse as the photographer and designer, Sir Cecil Beaton, and the choreographer Sir Frederick Ashton as well recalling artists such as John Piper and Ian Hamilton Finlay. Nor should the visitor ever forget that this is kingdom of the cat from the Lady Torte de Shell down to today’s Lettice and Perkins. All are lovingly celebrated and remembered in this four acre patch of Herefordshire soil. 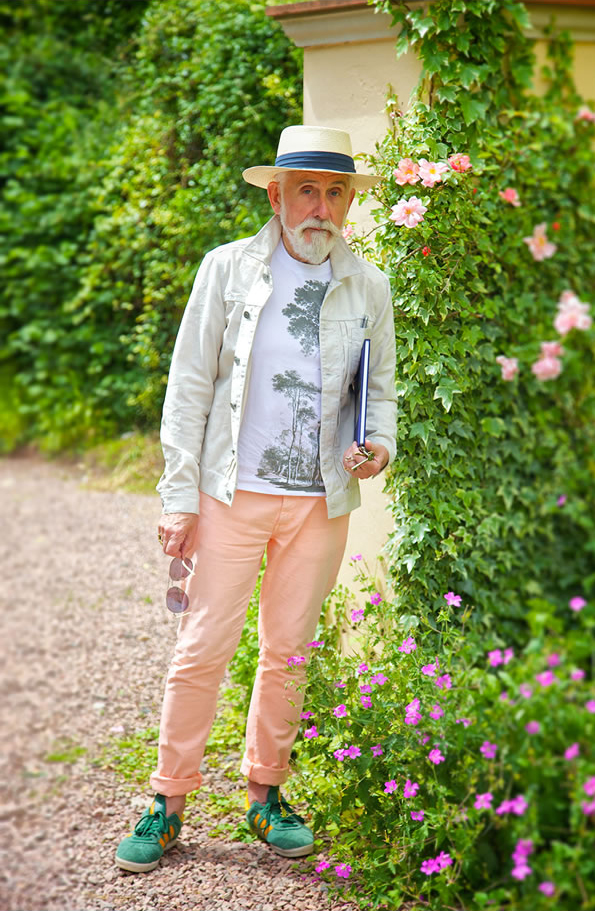 “As in the Renaissance Garden, a tour around Sir Roy’s is planned as a voyage of the mind; it’s also a celebration of his and his wife’s life”…
Stephen Lacey

Explore The Laskett with our interactive map and find out the fascinating themes that run through and explain the different garden areas.

The gardens are open from May to September to pre-booked groups. Click here for more information.

Please sign up to the Perennial E-newsletterto keep up to date with all the news from the garden and find out more about Perennial.
You can read the latest edition of our Perennial News magazine here. 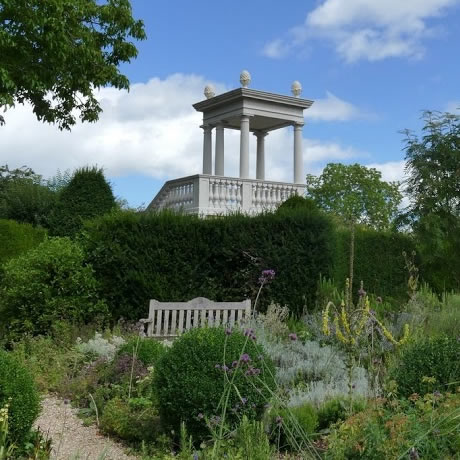 In 2018 two significant additions were made to the Orchard, one of which were the two mosaics at the cross sections in the paths, more spectacularly, the Belvedere built in the classical style with a flight of steps leading up to a viewing pavilion from which to look down on the garden.

Our small shop carries a range of items exclusive to the gardens, also a range of plants grown in the garden is for sale. 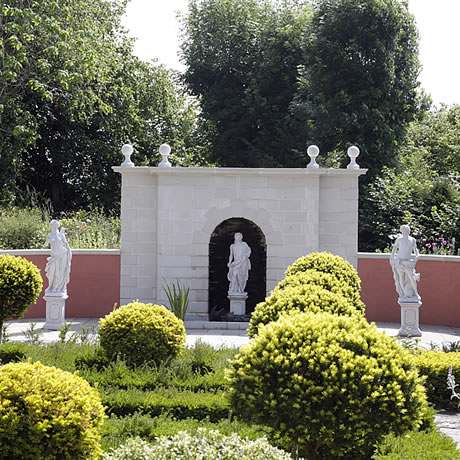 The Nymphaeum was part of a scheme to mark Sir Roy’s 80th birthday. To create this new tableau a yew hedge that he had waited forty years to mature was cut down! This is like a tableau out of an Italian Renaissance villa garden lifted into Hereford.